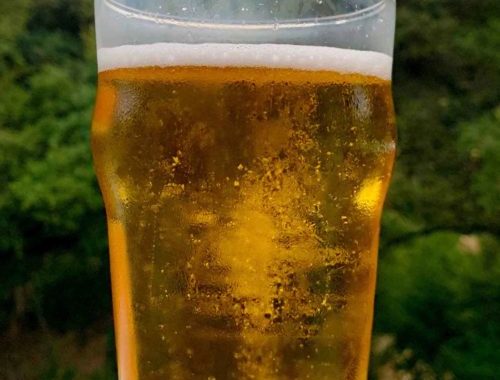 National Drink Beer Day falls on Saturday, September 28 this year, the perfect day to crack open a cold one (or two!) and celebrate one of the best national days of the year.

There is a lot of great beer to drink in San Luis Obispo County (like these nine we featured for National IPA Day) , but for National Drink Beer Day we focused on pubs around the county that not only have great beer, but incredible food to help soak it up with.

Make sure to check out nine of the many pubs we love around SLO County, and don’t forget to raise a glass with a great beer on Saturday! (and of course be of age and drink responsibly!)

Germans are serious about beer, and we can think of few places better than Beda’s Biergarten to spend National Drink Beer Day.

Beda’s is an authentic German beer garden located on Broad Street in San Luis Obispo. Not only do they have several beers on tap, you can also find traditional German pub food at the Biergarten and das boot to drink from!

Milestone Tavern opened in 2016, and has been proudly serving the largest selection of draft beers in the county ever since.

They also have an extensive menu to peruse while you are there, so bring your appetite and discover a new beer (or two!) on National Drink Beer Day!

Blast 825 is known for their wide selection of wood-fired pizzas, but they also have just as many beers on tap to go with them.

What also makes the experience unique is that you get to pour your own beer!

When you arrive you get a bracelet that tracks what you have had to drink and how much, which is tallied and added to your bill at the end of your visit.

Broad Street Public House is one of those great neighborhood pubs serving some of the best local beers on tap, and delicious comfort pub fare to go with your drinks.

Broad Street is also closer to Tank Farm Rd on Broad Street than the downtown core of SLO, so it is literally a neighborhood pub, and one of the best, easygoing, fun places to spend National Drink Beer Day.

Eureka! is typically known for their burgers, but they also have a surprisingly huge beer selection on tap!

We can think of no better way to spend National Drink Beer Day than by ordering a beer sampler to go with one of their 28-Day Dry Aged Burgers and truffle cheese fries!

The Boardroom in Pismo Beach is a pub with one of the best views in all of SLO County: Pismo Beach and Pier.

Originally established in 2009, the current owners acquired the pub in 2010 and have been serving one of the largest selections of beer ever since.

With 12 constantly rotating draft beers on tap, over 100 bottles and cans to chose from, and great food, this is the perfect place to catch the game, have some beer, sit back, and enjoy National Drink Beer Day.

The philosphy at Streetside Ale House is “Good Food, Good Beer, and Good Friends”, and that is the exact experience you get everytime you are there.

The expansive menu is just delicious, the beer selection is huge and features lots of central coast breweries, and the pub is just a fun, laid back place where you really can have a great time with good friends.

Just like 825 Taproom, you get to pour your own beer from a huge selection of local craft breweries from the central coast and around the state.

There are also lots of sandwiches, salads, and wood fired pizzas to choose from.

Between the pour your own beer and create your own pizza we might just be in paradise for National Drink Beer Day!

No list featuring pubs in SLO County for National Drink Beer Day would be complete without Pappy McGregor’s in Paso Robles.

Pappy’s has been the winner of Best Pub in SLO County for the past 12 years, and a lot of it has to do with their incredible menu of elevated pub food and wide selection of local craft beers.

Located in downtown Paso Robles across from the park this is a great pub to swing by, have some great food, and raise a glass to cheers National Drink Beer Day!

Nicole Grant grew up in Bakersfield, CA, but spent her childhood visiting the Central Coast as often as she could. After graduating with her degree in elementary education from Cal State Bakersfield, she and her husband moved to Seattle where they spent the next nine years. Nicole ended up working for the Bill & Melinda Gates Foundation while in Seattle, where she supported the Human Resources and Education teams before returning to California. Since her return Nicole has worked at Cal Poly, Cuesta College, and MINDBODY, contributing her technical and operational skills in support of students and her community. Today she runs San Luis Obispo Guide full time, and is excited to share all the incredible people, places, and products that make SLO County so special.

On February 14, Paso Robles will see its very first beer garden - The Backyard…

National Drink Coffee Day is Sunday, September 29! There will be lots of national chains…